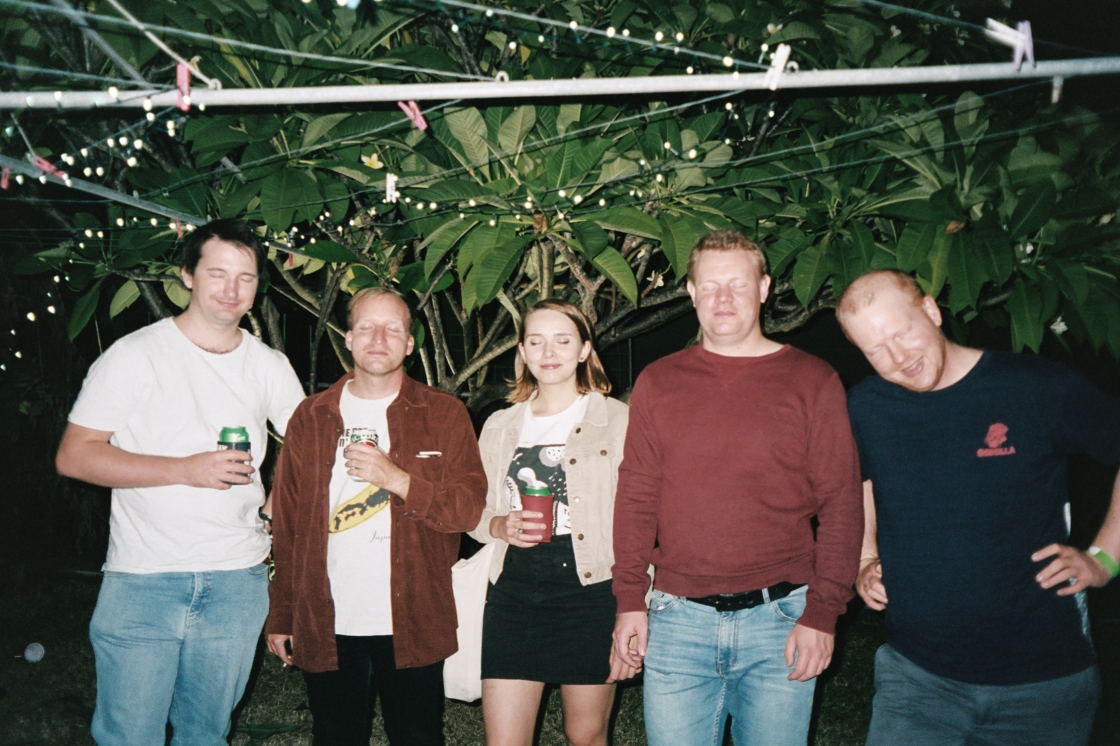 The Queensland winter chill cuts through the minimal layers I slap on in my usual morning trek to work.  It’s not quite cold enough for a woollen parka, and it’s a little too warm for a beanie and scarf.  In a few hours’ time the winter clouds will move across the midday sun, creating a misty haze in the sky and drop the temperature back to its chilly origin.  The fluctuating Queensland winter; where the sun sets half way though Millionaire Hot Seat, where it’s too dark to care about cooking dinner when you get home from work.  But somehow things feel a little warmer, a little brighter throughout our mid-year, mundane rituals.  And that’s thanks to Brisbane’s very own Dumb Things and their new single Today Tonight.

A single that is not destined for winter. A single that makes every day feel like a Queensland summer afternoon, sitting on the veranda with a beer in hand and a platter packed with kabana, cubes of tasty cheese and your grandma’s left-over pickled onions.  Dumb Things return two years after their self-titled album, where they introduced the world to their sun-bleached slacker pop that harkens back to jangly tunes of Brisbane’s The Go-Betweens. Their single Today Tonight moves at its own pace, the bopping bass is toe-tapping catchy and the jangly guitars transition between shimmering drawn out chords and bright tinny riffs.  The smoky vocals are melancholic, yet charmingly inviting.  The lyrics touch on the repetitive and often mundane cycle of going to work, wondering what’s for tea, coming home to watch TV, and going to bed to do it all again the next day.  The irony of listening to this song on my way to work each morning is not lost on me, and in a way, it brightens the winter mornings and makes me eager for the summer sun.

Dumb Things wear their influences on their sleeve, a proud statement of their Queensland heritage and the forefathers of Brisbane music before them.  They help carry the baton and elevate the genre beyond being known as the quintessential backyard barbecue soundtrack, thanks to their clever mix of lyrical wordplay and shimmering instrumentation.  And with the aid of a new signing with Brisbane’s indie label, Coolin By Sound, I’m excited to hear what Dumb Things have in store next.  If it can make my winter feel warmer, then I have big things planned for the summer ahead.

Dumb Things’ new album Time Again will be released physically and digitally through Coolin’ By Sound this October.  The band have a slew of east coast shows on the horizon and play their first Brisbane show on Friday 26 July at Heya Bar.