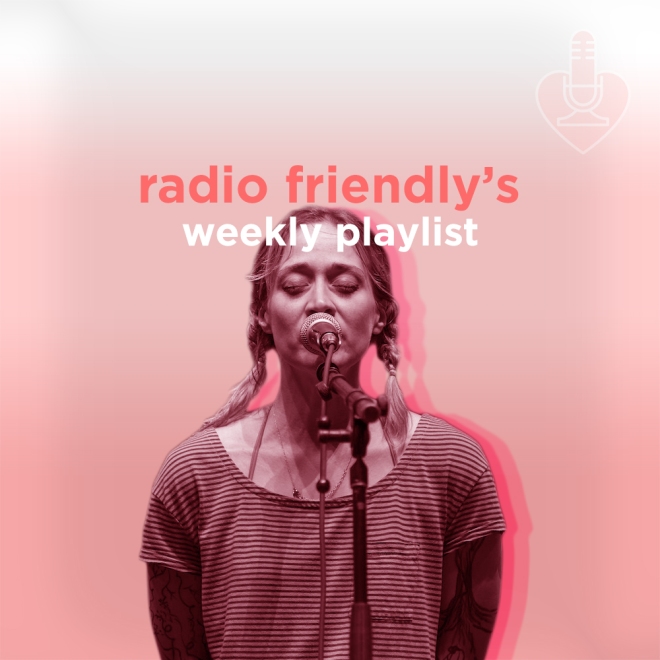 Greetings friends, it is I, Caden, here again to overwhelm you with quality tunes, and so many commas it takes three minutes to finish reading a sentence. You love it, I love it, let’s kick back with some tunes and get productive with our isolation, because music is probably one of the best things to help tune out that stress. Again, thank you to Mr Radio Friendly for letting me write, it’s therapeutic.

To begin I think I must talk about the band that’s topped my most played of late, and that’s The 1975. For those of you privileged to know me before I’d given up, you’ll know I was reasonably partial to their single Chocolate from years ago. Nothing extremely special about it, I’ll concede, although there is something to appreciate in how the guitars effortlessly glide in and out of sync, while Matt sings over in a rather over-the-top, enthusiastic fashion. Then 2018 rolls around, and 2020 Caden remembers that A Brief Inquiry Into Online Relationships is an album, and people, we hit the real money. I could talk for hours about the way Matt paints his main character; aggressively likeable yet someone you wouldn’t trust to wash the dishes. Or the way the often simplistic arrangements frequently balloon into these triumphant expressions of millennial angst and confusion at the doldrums that are our modern lives. To keep it brief, I’m obligated to place I Always Wanna Die (Sometimes) as my pick for the playlist. It’s got everything my dudes. Previously mentioned musical climaxes to knock your socks of, powerful vocal layering’s that capture Matt’s beautiful upper register, and a surprisingly heartfelt message about capturing the true essence of millennial “death obsession”. Folks I swear if I was more into this song my neighbours and housemate would absolutely shoot me.

Next, we really should discuss a new release, I mean lord knows that’s what you’re here for. To that end, I’ve fallen immediately in love with the new Fiona Apple record, Fetch the Bolt Cutters. An artist recommended to me by the aforementioned operator of Radio Friendly as a superior purveyor of whatever it is Kate Bush is doing, I saw a lot of fun memes on my National meme page talking about the album and decided I’d give something new a try for once. Boy was I rewarded big time. Fiona is not pulling any fucking stops with this album. She’s got fire, she’s got spunk, and if she saw any of these words, I guarantee would punch me in the face. It’s what makes choosing a one single song so difficult when removed from the album’s tapestry. A metaphorical gun to my head, I’ll have to go with fifth track, Relay. The centrepiece of the song belongs to two parts, the repeating mantra of Evil is a relay sport, when the one who’s burned turns to pass the torch, and the continually driving drum beat, not all that different from a slave masters dirge and bringing with it a similar repetitive urgency. The songs power is not only its simplicity, but its universality. I see the evil being passed as the willing exploitation of most of the planet by the wealthy elite, the torch symbolically passed between the generations. For others I could see rebellion against gender inequality and the difficultly in addressing the problem without swarms of neckbeards rising against you like a hornet nest of unappealing maga bois. Nowhere near the most musically extravagant piece compared to I Always Wanna Die (Sometimes), but if you’re looking for a no holds barred attack on the privileged, whomever that is to you, you can’t do much better.

Last I’d like to discuss the same song, but twice, as it’s recently been covered. Gotta Get Up by Harry Nilsson is a song I must describe as a genuine classic. How I’ve lived my life without the buoyant bouncing piano is truly a wonder, more so with the hilarity that ensues once the lyrics start, and the other instruments are introduced. This song is life encapsulated in all its hilarious sadness. Gone are the days of carefree youth where I could just keep the night going, suddenly hello adulthood; jobs, rent, and eventual death awaiting. Meanwhile an accordion drones happily in the background, a poignantly joyous counterpoint to the dark overtones of the lyrics. It’s a wonderful song and captures the forced optimism of days gone by. One would think there’s little to improve on from a showman perspective, yet my boi Ty Segall has somehow given us a cover that could stand toe-to-toe with the original. Gone are the softly layered instruments, each one adding upon the other to paint a deceptively delightful picture of the process of aging; replaced instead with the trademark heaviness and distortion of Segall. Right from the start the guitar ominously strums into the room, quickly joined by heavy synthesisers and a particularly sludgy bass, capturing the lived experience that only Nilsson’s lyrics touched on. While still upbeat in a sense, there is a purveying feeling throughout that things are not getting better, but probably just decaying, and pretty fast. I’m telling you, the man has accidentally given us the anthem for COVID-19 and it’s fallout, and all I can say is that you should all download the free Segall Smeagol. It comes with fewer po-ta-toes than you’d expect. Also check out Nilsson Schmilsson because what else are you doing today.

That is it from me friends. I’d like to extend my thanks to Nick for letting me come on here and rant at you for a couple minutes. I have a very high opinion of my opinions guys, thank you for indulging my need for validation. Keep safe during this trying time and give all the love you can to those who need it. (Also King Gizz released a live album today and this article being written yesterday meant I couldn’t just gush about it for hours. Check it out too, but pay close attention to The River through to Road Train, trust me you’ll love it)