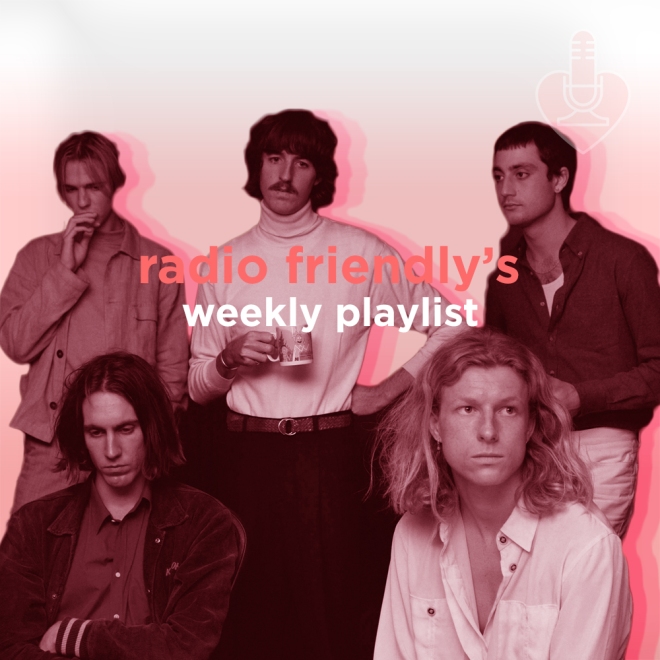 Welcome back to another edition of my WEEK inREVIEW where I go over a handful of tracks that have been, or will be, on repeat from my amateurishly set up home smart-speaker system, where ALEXA doesn’t respond to my beck and call unless I yell loud enough to disrupt the newly-found fitness fanatics who run past my apartment for their daily dose of vitamin D.

First up on the rank is Bryon bred Berliners, Parcels (pictured), and their new live studio album, Live Vol. 1.  I stumbled upon the video of the live recording before realising it was also released as an album.  As someone who has appreciated the harmonious guitar riffs and funk inspired melodies, I found a new level of admiration for the band as I watched them perform live.  Their music lies somewhere between the electronic funk found on Plastic Beach, the grooves of Daft Punk’s Random Access Memories, and dare I say, the song-writing chops of McCartney and Lennon.  The incredible flow from Comedown into Lightenup is just as good in the live cut as in their studio album, which quickly transitions into a fantastic live version of Gamesofluck.  Gamesofluck has a drive, a momentum, unlike the studio recording; it’s infectious and downright excellent.  It’s been on repeat for days and will be for a long time to come. Link below to the live video.

Sydney based emo rock group, Regionals, recently released their teaser single for their upcoming EP.  The track, Steady Hands, is a mature approach to the genre, one riddled with nostalgic imitators.  It’s a slow atmospheric build, reminiscent of American Football, but punchier vocals steer Regionals away from their contemporaries.  The vocal call and response in the chorus continues to build upon the atmospheric tone until the song crescendos with a powerful vocal refrain, crashing cymbals and driving guitar lines.  It’s refreshing to hear diverse layering and solid song writing in the emo genre, and it’s a promising look at what’s coming up from Regionals.

Irish punkers Fontaines D.C. released their tease for an upcoming album, coming off from their incredible 2019 record Dogrel.  A Hero’s Death doesn’t stray far from the usual formula any fan of Fontaines would know.  Repetition, repetition, repetition.  The song alternates between two chords as cymbals crash in the background and vocalist Grian Chatten spits his proclamatory lyrics.  I like the song, mainly because of the “ooh-aah” vocal refrain at the end of each verse, and the repetition of the song is addictive, but the song lacks any sort of build.  It feels as if the song is one big plateau, any resemblance of crescendo or decrescendo is merely the band adjusting how loud they play.  There’s no layered build, no real dynamic element to the song.  My harsh criticism only comes from my love for Dogrel and the tunes that defined most of my 2019.  I’m hoping A Hero’s Death finds solace amongst a solid track listing on their upcoming album; I have hope.

Finally, in my lack of consistent weekly updates, I’ve missed praising some albums and tracks that will most definitely make my end of year list.  JPEGMAFIA’s remix of Bald with Denzel Curry dropped the other day, Curry bringing an extra element of aggression against Peggy’s choppy beats.  I like this version more than the OG.  Westside Gunn’s grimy Pray for Paris is another underground hip-hop highlight, skeletal beats grind against jazzy instrumentals to create what I consider to be the best formula for the genre.  An element that Quelle Chris and Chris Keys perfect on their album Innocent Country 2, one of my most anticipated albums of the year.  Quelle Chris continues to be one of the best rappers that no one knows about.  And I’m going to do my hardest to make sure you all listen to it.

Playlist of the Week